“A lie has speed, but truth has endurance” was the name of the topic that more than 54 students along Chile had to work with applying all their oratory skills and qualifications for delivering their persuasive speeches in front of other contestants and strict judges who asked questions after the delivery.

This year our school was represented by Vlada Vasilyeva with “The Masked Truth” (12th PJ) and Matías Greco , with “We, the Seekers”(12th D) who were accompanied by Karen Raboy , Ignacia Zamora and Vicente Gómez, our runners-up, all of them students from 12th grades who were also selected in our TISLS Speaking Competition, held last year.

Vlada and Matías worked hard, and rehearsed in front of different classes who also asked complex questions in order for them to practice their possible answers. Both students showed all their oratory techniques and devices when creating and delivering strong and powerful speeches.

TISLS’s students show a high commitment to their school and to themselves every year, working every single day for developing their values and views, representing TISLS and themselves in their best way. 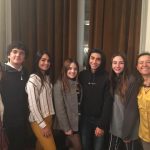 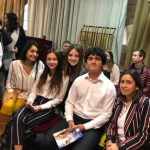 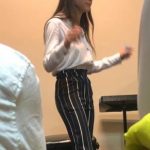 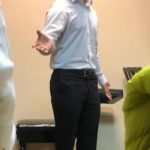