Last Saturday April 14, our school participated in the annual Public Speaking Competition organized by the ESU Chile, which was held in the Teatro Municipal in Santiago. This year our TISLS’s representatives were Sofía Fuentes and Jaime Rojas, both from 12th grade MC.  As it has become a tradition, our school invited the four runner-up students who reached the finals of our TISLS Public Speaking Competition 2017.

This year’s event in Santiago was quite competitive, there were thirty-three schools participating, represented by a total of 57 contestants. Jaime and Sofía delivered their speeches with eloquence and strength which allowed them to be chosen among the nine semifinalists. Both speakers had to face a battle of impromptu speeches, where they displayed their great capacity to build arguments, use oratory devices and deliver an effective short speech.

Jaime was able to advance to the finals together with other three students, obtaining the second place of this yearly ESU Public Speaking Competition.

Dear community, this is a moment of pride for a work well done and for an important TISLS success. 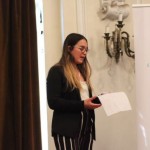 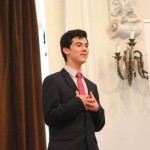 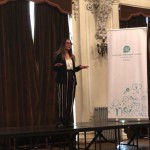 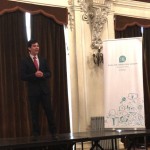 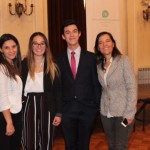 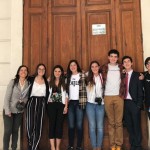